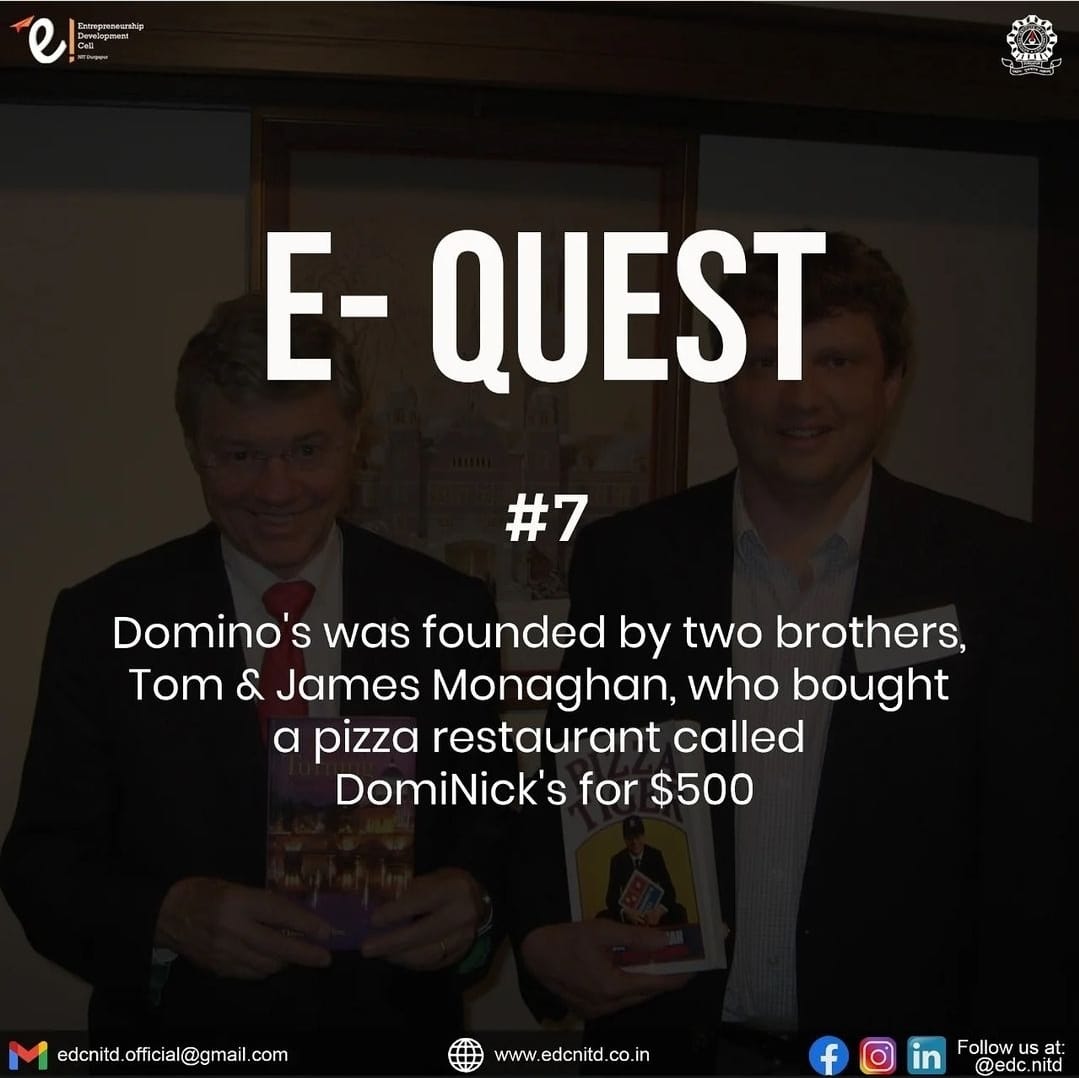 The Domino's Pizza empire was born in 1960. Domino's was founded by two brothers, Tom & James Monaghan, who bought a pizza restaurant in Michigan called DomiNick’s. They picked up the joint for a total of $1,400. They put $500 cash down and took out a bank loan for the remaining $900. In 1965 Tom Monaghan purchased two more pizzerias in the same county. Around this time, DomiNick's original owner asked Tom to stop using his name on the new stores. From this point on, DomiNick's became Domino's. About eight months after taking over an ailing pizza restaurant, Jim Monaghan wanted out. He owned 50% of the business and cashed out by taking the beat-up '59 Volkswagen Beetle the brothers had bought as a delivery car. The real innovation of Domino's was its focus on delivery. While it may seem obvious and ubiquitous today, delivering pizzas was kind of rare in the mid-1960s. Tom developed an innovative pizza delivery box that allowed for more pizzas to be delivered at once. In 2004, after 44 years as a privately held company, Domino's began trading common stock on the New York Stock Exchange under the ticker symbol "DPZ". As of today, Domino's is the largest pizza restaurant chain in the world, with more than 18,300 stores in over 90 markets.