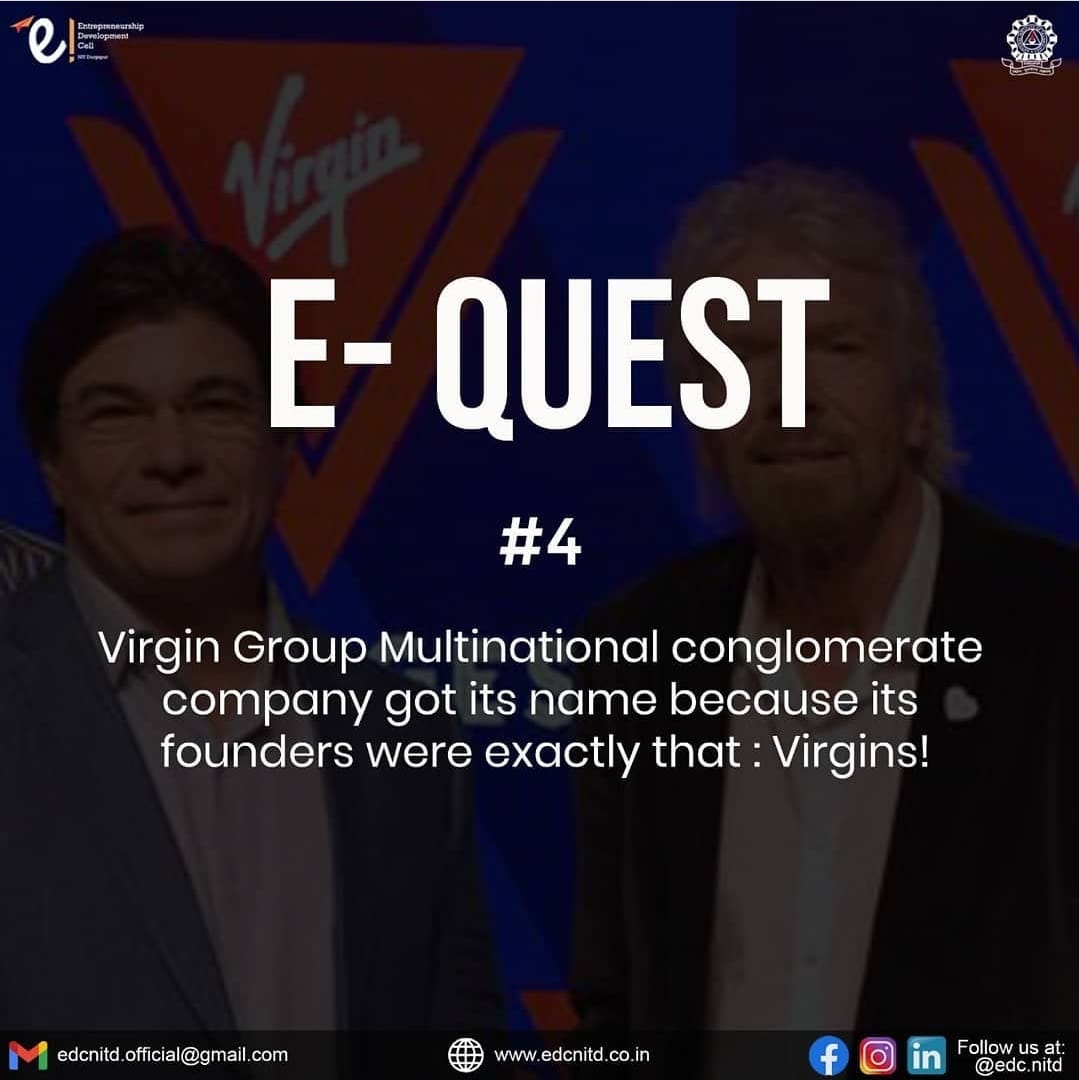 Virgin Group Ltd. is a British multinational venture capital conglomerate founded by Richard Branson and Nik Powell in February 1970. Virgin Group's date of incorporation is listed as 1989 by Companies House, who class it as a holding company; however Virgin's business and trading activities date back to the 1970s. The net worth of Virgin Group was estimated at £5–5.5 billion as of November 2014 The name "Virgin" arose in 1970 when Richard Branson and Nik Powell formed a record shop, first as mail order and in 1971 with a physical store. They considered themselves virgins in business. Branson has described the "V" in the logo as an expressive tick, representing the Virgin seal of approval. The original logo from 1973 was a completely different design intended to be used for the record company that was founded by Richard Branson and Nik Powell. The logo was designed by British science-fiction artist and designer Roger Dean. According to Richard Branson in interviews and on the Virgin website, the more recent signature logo, introduced in 1978, was based on one that a designer scribbled on a napkin after a design meeting.