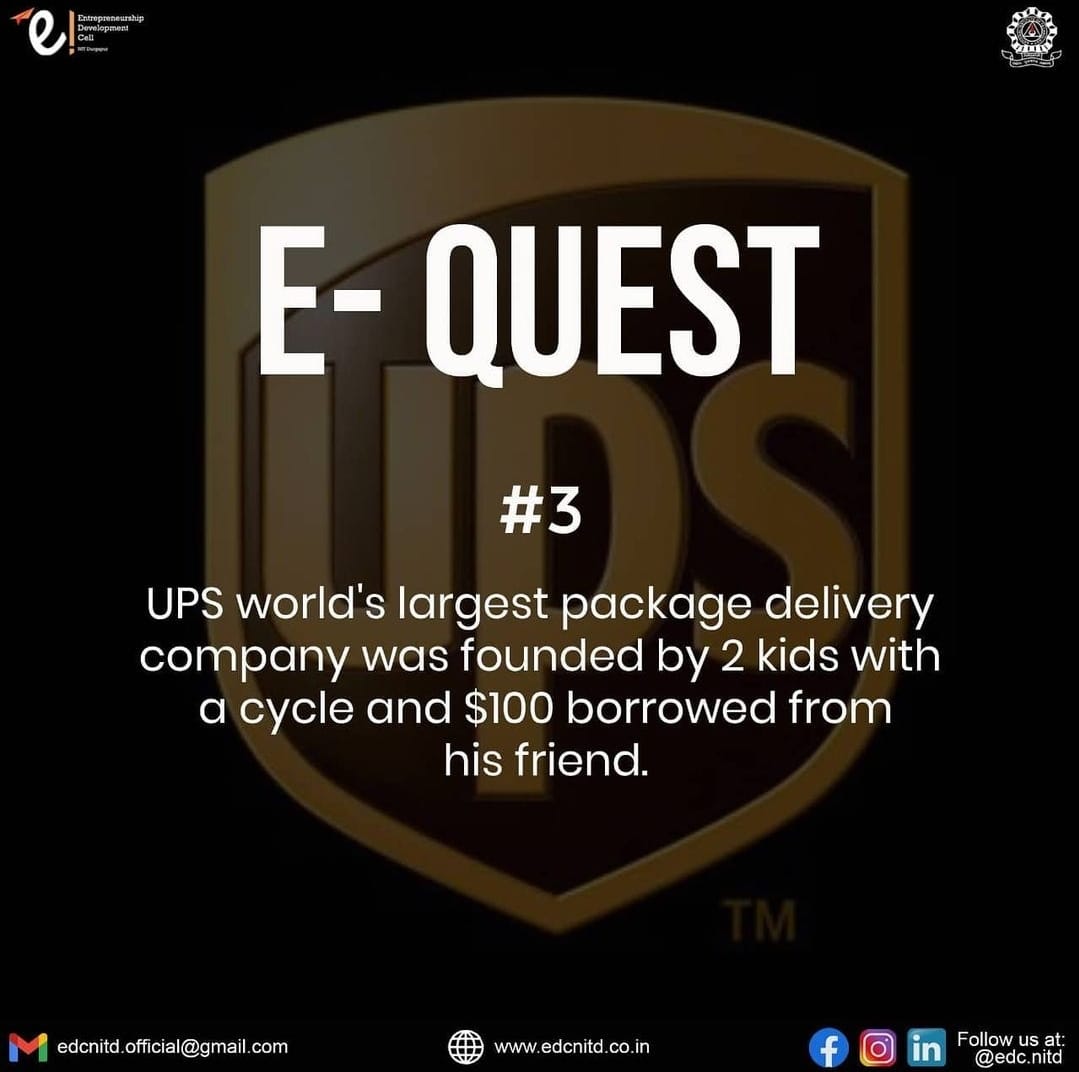 United Parcel Service (UPS, stylized as ups) is an American multinational shipping & receiving and supply chain management company founded in 1907. Originally known as the American Messenger Company specializing in telegraphs, UPS has grown to become a Fortune 500 company and one of the world's largest shipping couriers. On August 28, 1907, James Casey founded the American Messenger Company with Claude Ryan in Seattle, Washington, capitalized with $100 in debt. Most deliveries at this time were made on foot and bicycles were used for longer trips. In 1975, UPS moved its headquarters to Greenwich, Connecticut, and began serving all of the 48 contiguous states of the United States. This expansion of operations made UPS the first package delivery company to serve every address in the contiguous United States. In 2021, following the company's shift to target smaller customers to boost profits during the COVID-19 pandemic, UPS reported a 21% jump in their fourth quarter sales to $24.9 billion. CEO Carol Tomé reported that Amazon paid UPS $11.3 billion in shipping in 2020, accounting for 13.3% of the company's revenue.