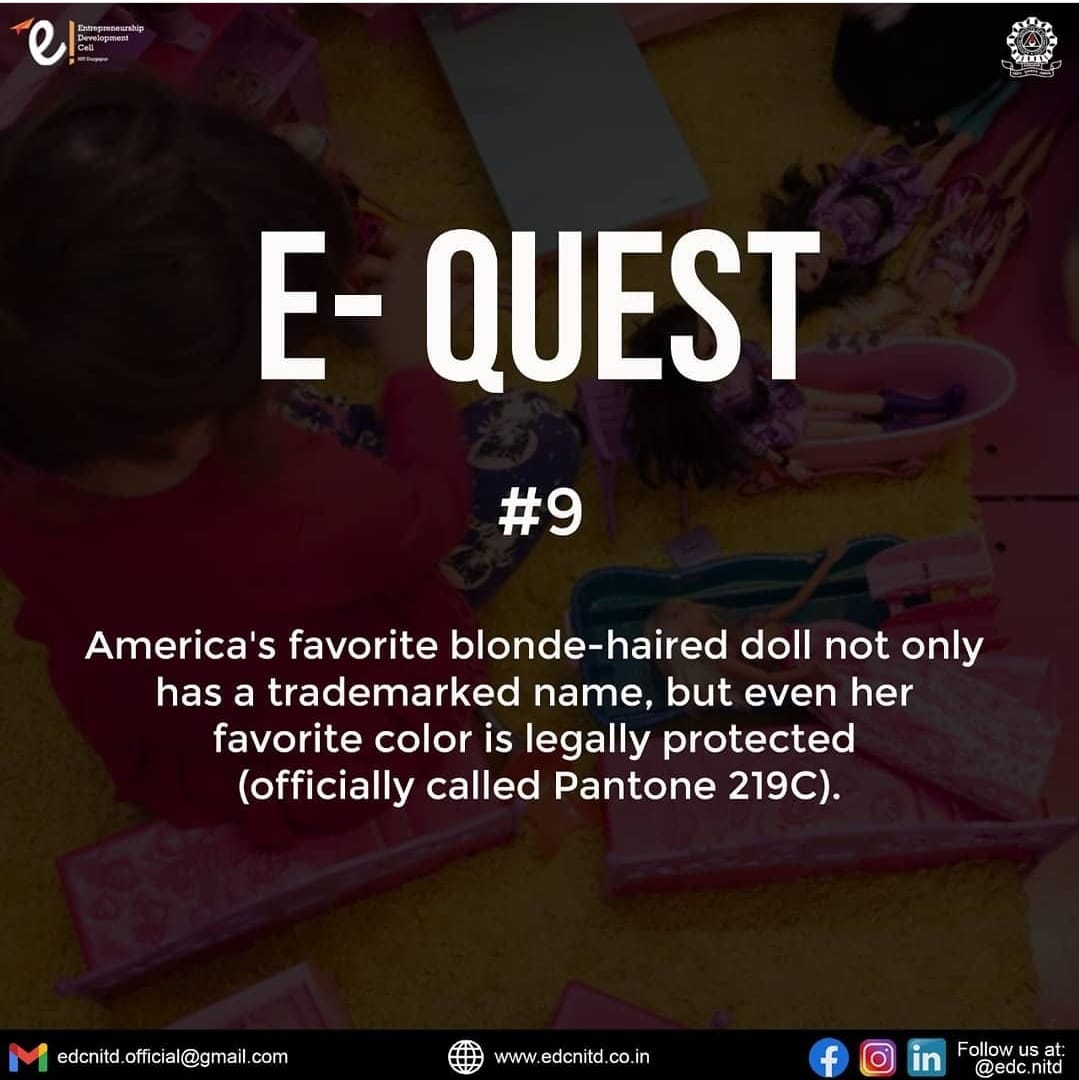 If ever there was an iconic figure of pop culture, it is the Barbie doll. Owned by Mattel Inc., the sale of Barbie products annually exceeds $1.4 billion worldwide, representing 35% of Mattel’s sales. A brand which has expanded into a media franchise, boasting of thirty-seven movies, and a multitude of variants of dolls, rakes in billions for Mattel, the parent company. Furthermore, Mattel registered the first trademark for Barbie in 1959, due to its incessant popularity. And to add to the bizarreness of it all, Barbie has a protected shade of pink, called Pantone 219C. In 1997, when Aqua released their infamous single, ‘Barbie Girl’, Mattel sued MCA Records, as it was not pleased with the use of the product on their song. Moreover, they had also alleged that the album art resembled the Barbie packaging too closely, including the use of Pantone 219C!